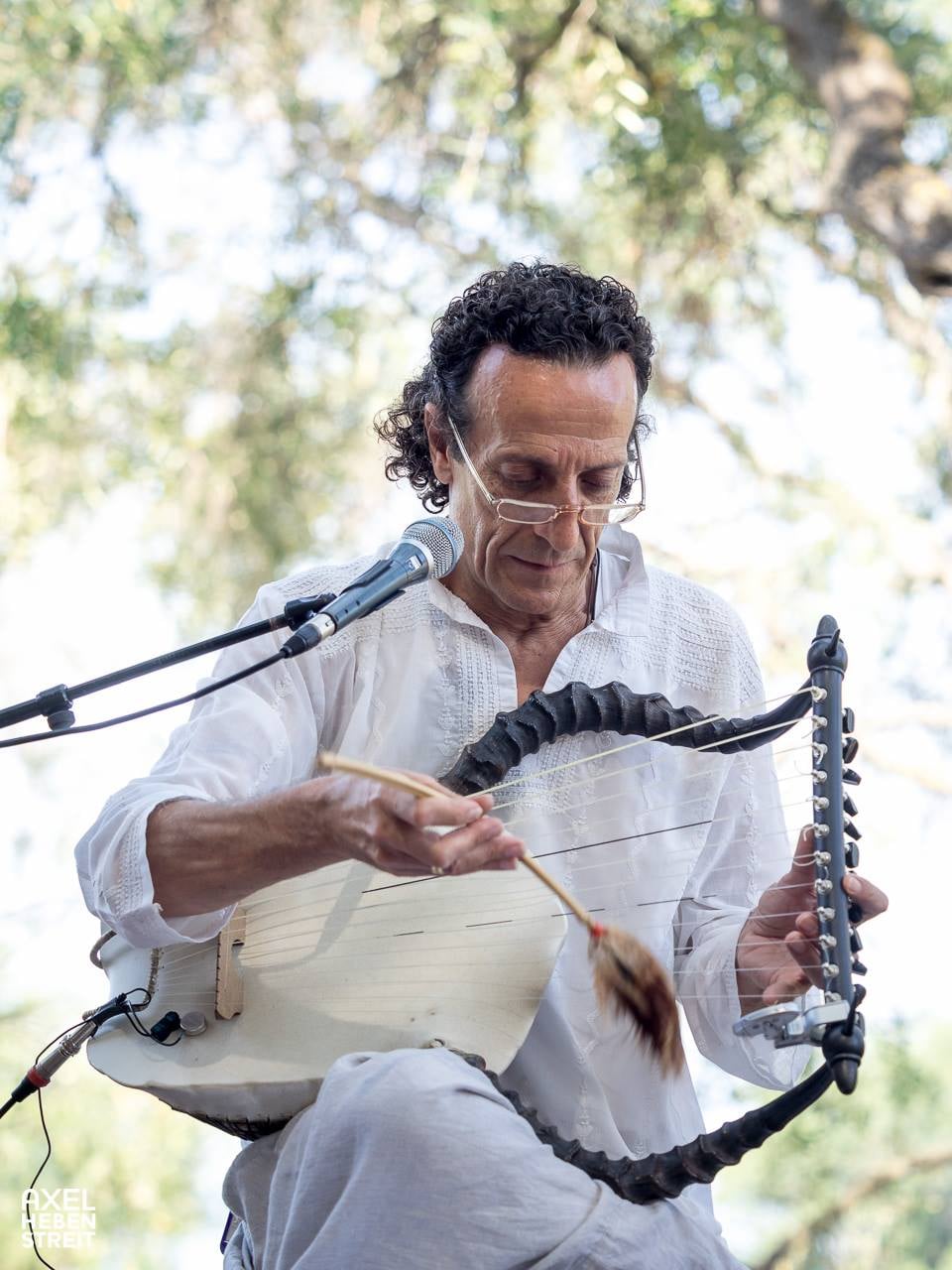 Luis Paniagua was born in Madrid in 1957. His musical training is western and eastern, especially that of northern India, where he studied in 1980 with the master T. N. Nagar.
His first contact with the lyre was in 1974 to record the pioneering album Music of Ancient Greece as a member of the Atrium Musicae in Madrid from 1972 to 1982. From 1980 he devoted himself exclusively to composing his own music with numerous instruments from around the world. And since 1999 he dedicated himself to playing the lyre and singing, as a balm and company in this world on the path of Love, Truth, Beauty and Purity. He has recorded 20 albums as a composer.
He has been winner of The World Music Torchbearer Award (2012). His album Nanas de Sol won the National Prize for the best Album in 2002, awarded by the Academy of Arts and Sciences of Music in Spain and was nominated for his album Bienvenida in 2003.

Luis has performed numerous concerts in Europe , America and Asia.
In Spain Luis is considered one of the pioneers of New Music, World Music and Spiritual Music without words and with words of wisdom without specific religion. Luis is an artistic producer, creator of the Silentium record label, the New Ancestral Music label and the Mediter Ra Neo project. His music has been and is of great inspiration for many musicians for using silence as an essential part. In the year 2022 he celebrates his Golden anniversary, 50 years on stage.