CORFU – THE GREENEST ISLAND OF GREECE

Welcome to one of the greenest islands of Greece, where even in the peak of Summer, shades of green welcome you! Corfu island was one of the first islands in Greece to open to tourism. The island attracts thousands of visitors every year from all parts of the world. Corfu is part of the Ionian Islands and lies in the north of the group, at the entrance of the Adriatic Sea, facing Albania.
It is the second largest island of the Ionian group after Kefalonia. Corfu has a total area of 592 sq km, a coastline of 216 km.

Because of the mild Mediterranean climate and the high rainfalls during winter, Corfu is full of abundant and verdant vegetation and wild plants, phenomenon that makes it one of the greenest islands in Greece. The island is mountainous and its northern centre lays Mount Pantokrator, the highest mountain of Corfu, which rises to an altitude of 914 m. Several flat areas, plains, two lakes and a couple of rivers complete the beautiful landscape.

The capital of the island is called Corfu Town and is also the main port.
This is the largest town of the Ionians and one of the most beautiful towns of the Greek islands. Built between two fortresses and full of superb Italian and French buildings, Byzantine churches and flowered squares, Corfu Town is a real jewel full of innumerable charms and beauties.

Mythology of the island tells that Poseidon fell in love and married the beautiful nymph Korkyra, daughter of Asopus and river nymph Metope. After marriage, he brought his bride to hitherto unnamed island and during the marital bliss, named the island after her. Together they had a son called Phaiax, after whom the inhabitants of the island are named – Phaiakes. 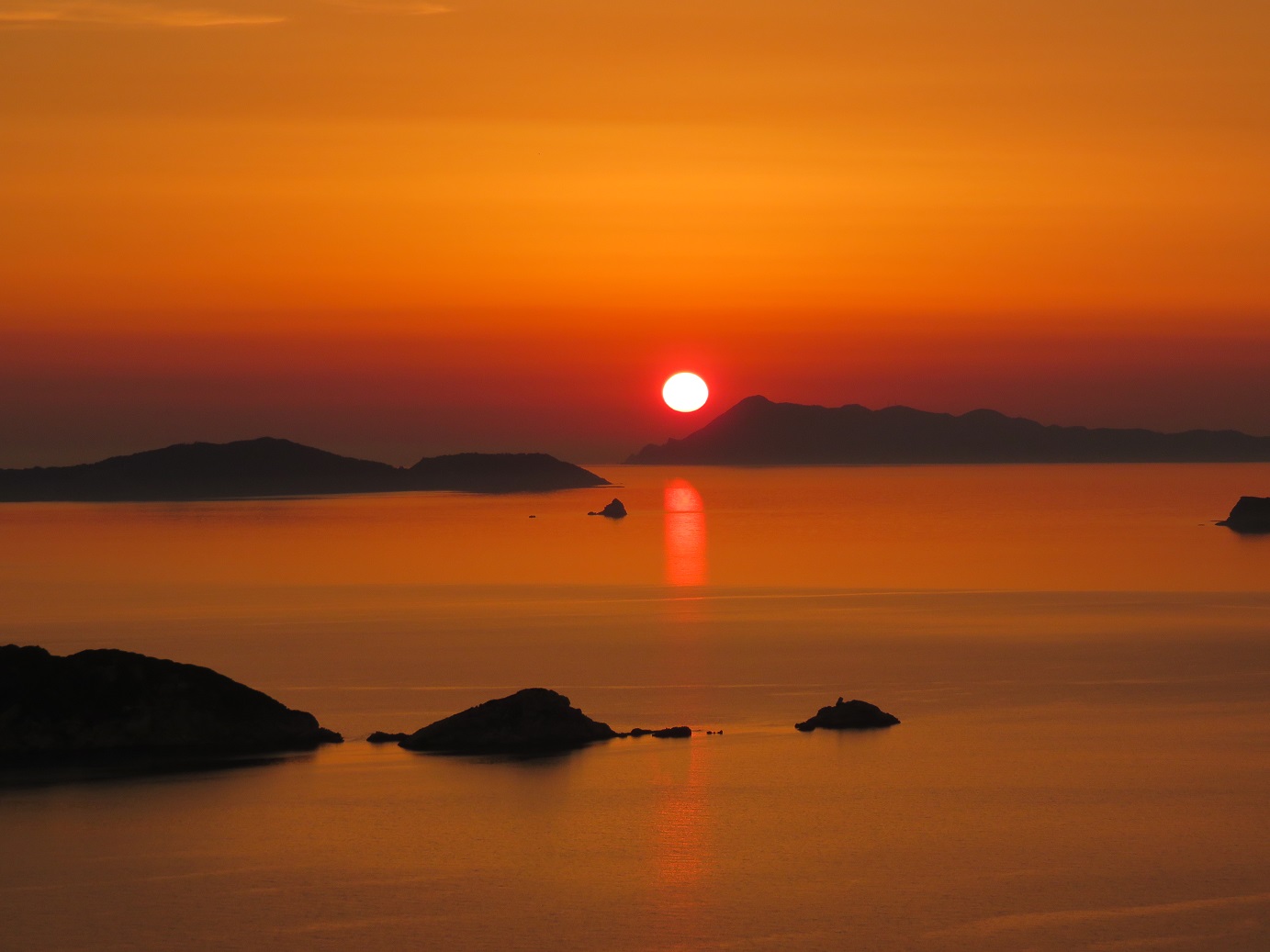 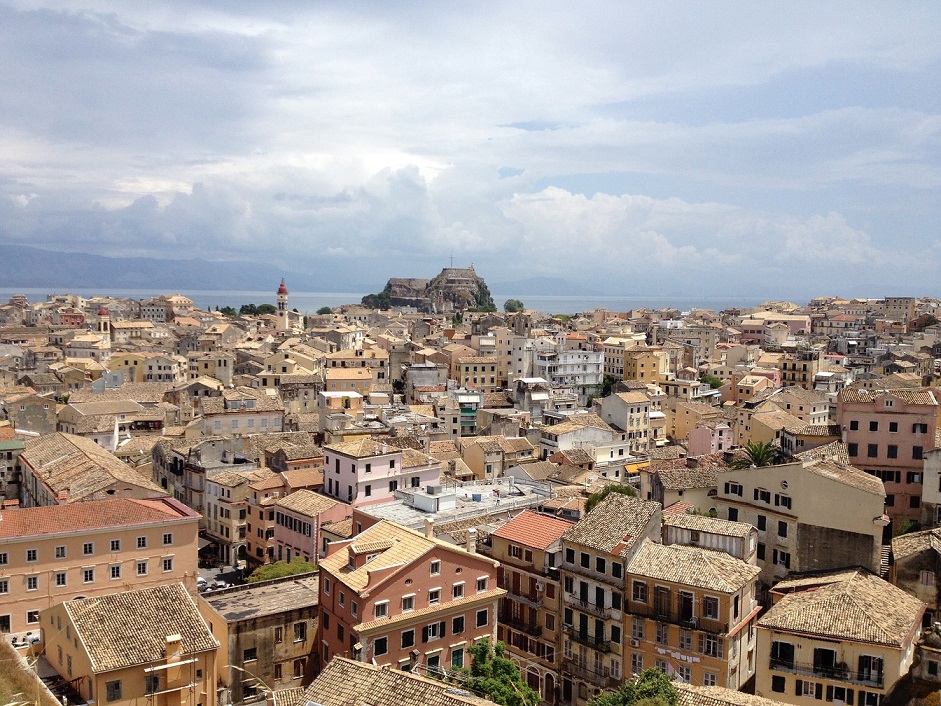 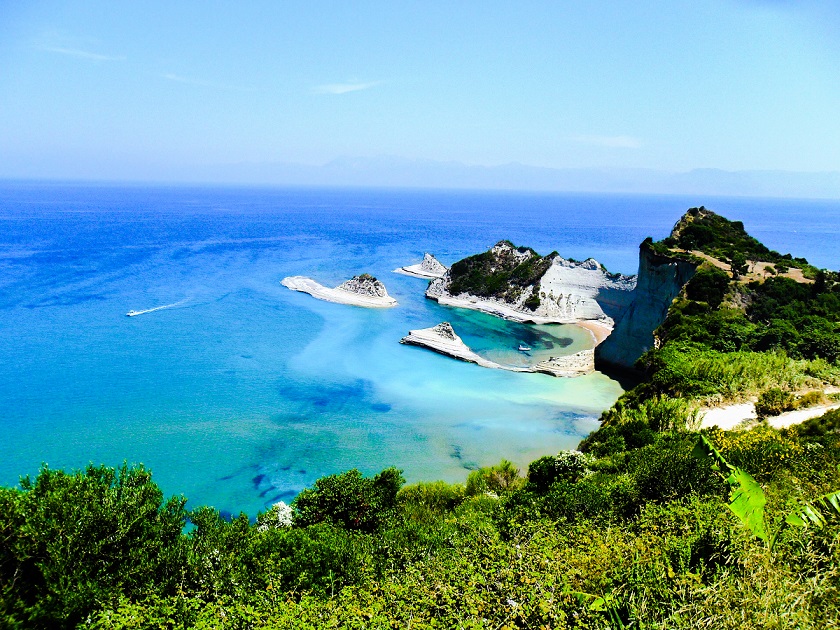 Travel
You can reach Corfu by airplane directly from most European cities, or you will have to fly through Athens and land in Kerkyra/Corfu Town which is the capital of the island. Tip! Don’t forget to also check the low cost airlines like RyanAir and EasyJet for some good options.
Another possibility is to reach the island per ferry, in case you are travelling around in Greece or want to arrive by car.

Airport Transfer
We don’t provide airport transfers. You can reach the village of Arillas – where our festival is taking place – by taxi, sharing transfers, local buses or renting a car. More details will be send to you after we received your booking.

Getting around
The best way to see the island is on foot. However, for those that want to cover more ground, there are local buses around the island as well as possibilities of motorbike and car rental. You can check your options online. In the village everything is easy accessible by foot or you can rent a bicycle or scooter.

Accommodation
Our festival takes place in the peak of the holiday season so we recommend you book your accommodation as early as possible! There are plenty of accommodation options in the village of Arillas on walking distance from €35 and up per night or you can check out the nearby villages of Afionas, Agios Stefanos, Magoulades and Agios Georgios – all easy to reach per motorbike.
You can check your options online or contact the local accommodation experts at Green Corfu for assistance: info@greencorfu.com –
You can also check out this website to take a look at the accommodations in Arillas, or check your options through Booking.com or Airbnb.
Check out our Facebook Group as well, for possible room sharing or contact us if you need any help or support.

Note – public camping is forbidden in the area, as most is private ground!